Melvin Jones was born on January 13, 1879 in Fort Thomas, Arizona, the son of a United States Army captain who commanded a troop of scouts. Later, his father was transferred and the family moved east. As a young man, Melvin Jones made his home in Chicago, Illinois, became associated with an insurance firm and in 1913 formed his own agency.

He soon joined the Business Circle, a businessmen's luncheon group, and was shortly elected secretary. This group was one of many at that time devoted solely to promoting the financial interests of their membership. Because of their limited appeal, they were destined to disappear. Melvin Jones, then a 38-year-old Chicago business leader, had other plans.

"What if these men," Melvin Jones asked, "who are successful because of their drive, intelligence and ambition, were to put their talents to work improving their communities?" Thus, at his invitation, delegates from men's clubs met in Chicago to lay the groundwork for such an organization and on June 7, 1917, Lions Clubs International was born.

Melvin Jones eventually abandoned his insurance agency to devote himself full time to Lions at International Headquarters in Chicago. It was under his dynamic leadership that Lions clubs earned the prestige necessary to attract civic-minded members.

The association's founder was also recognized as a leader by those outside the association. One of his greatest honours was in 1945 when he represented Lions Clubs International as a consultant in San Francisco, California, at the organization of the United Nations.

Melvin Jones, the man whose personal code – "You can't get very far until you start doing something for somebody else" – became a guiding principle for public-spirited people the world over, died June 1, 1961 at 82 years of age.

2017 sees the centenary of our great Association and in Matlock we have celebrated by planting daffodils in the Sensory Garden near Hall Leys Park. Our picture shows Club members together with the Mayor of Matlock when they were in full bloom. 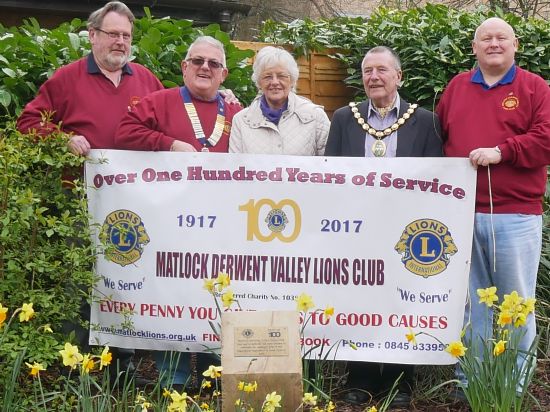 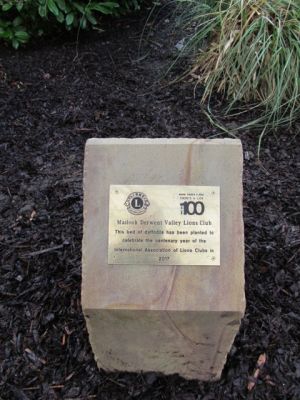 On Saturday 3rd June we built a "Bridge of Tins" on the bridge at Cawdor Way in Matlock.

One of the objectives in our Centenary Year is to "Feed the Hungry" so all tins collected will be donated to Jigsaw Food Bank in Matlock. 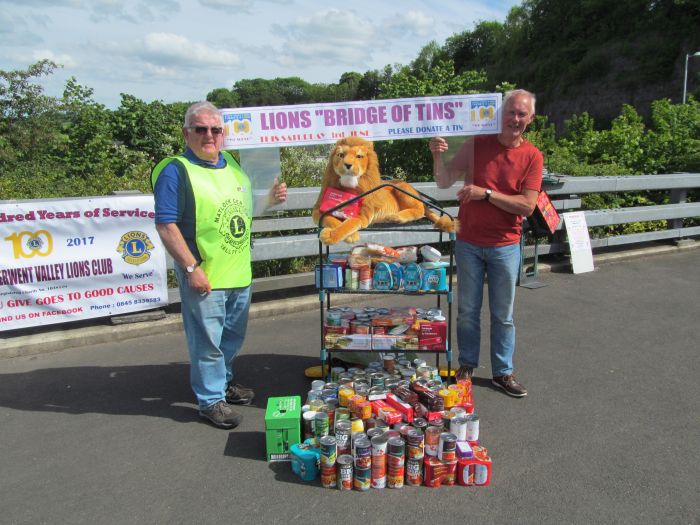 On Saturday 26th August four local Clubs staged a celebration day on Hall Leys Park in Matlock to show the public the sort of things we get involved with.  Local charities we have helped were invited to come and have a stall and it was a very enjoyable day. There was entertainment and children's games and a Dog Show. Proceeds from the day will go to Hearing Dogs for the Deaf. 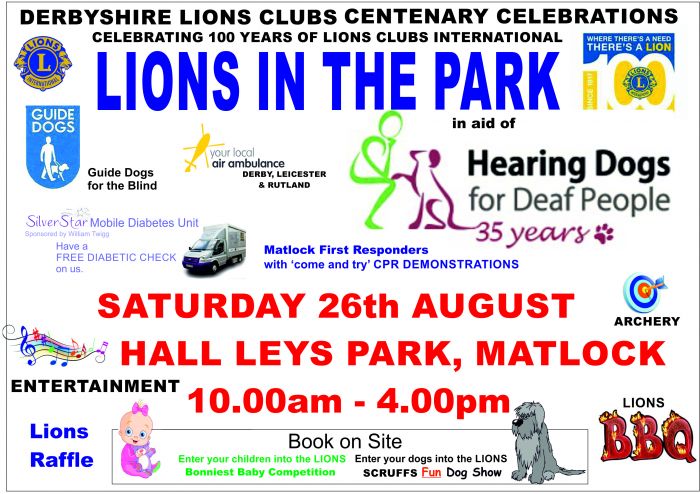 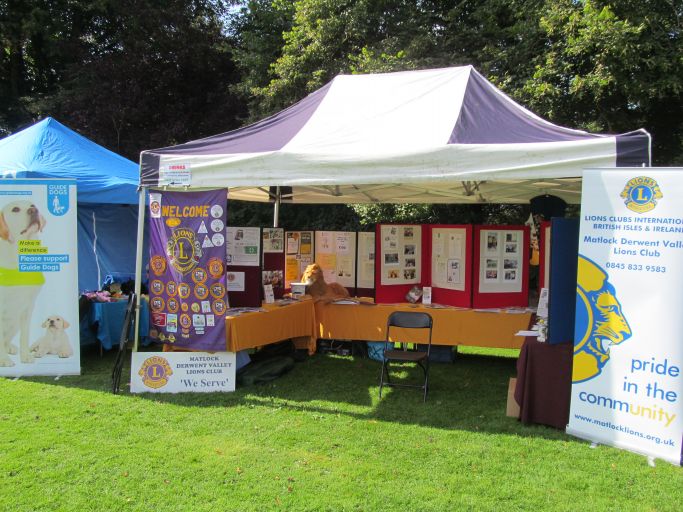 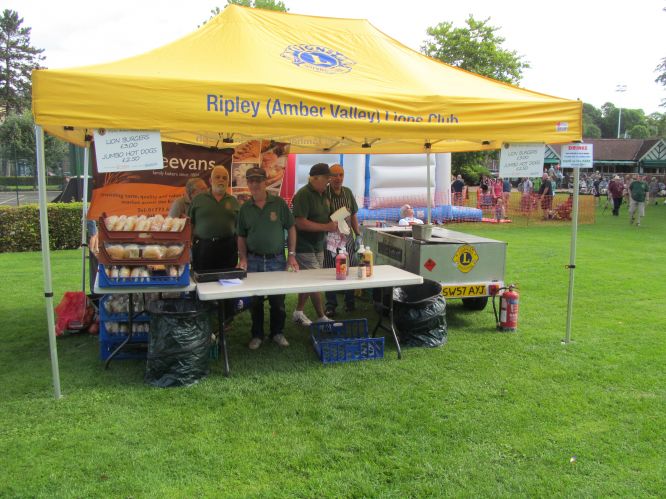 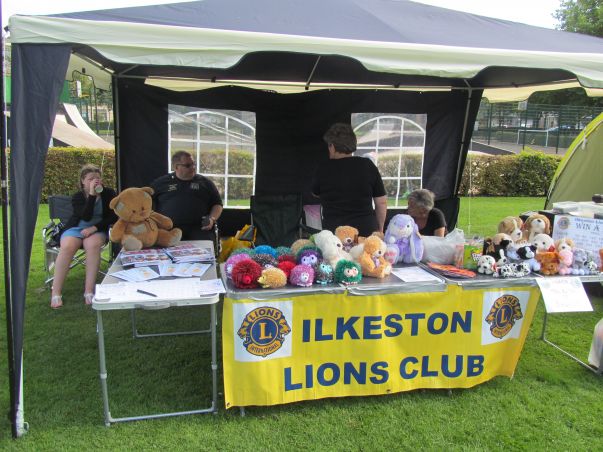 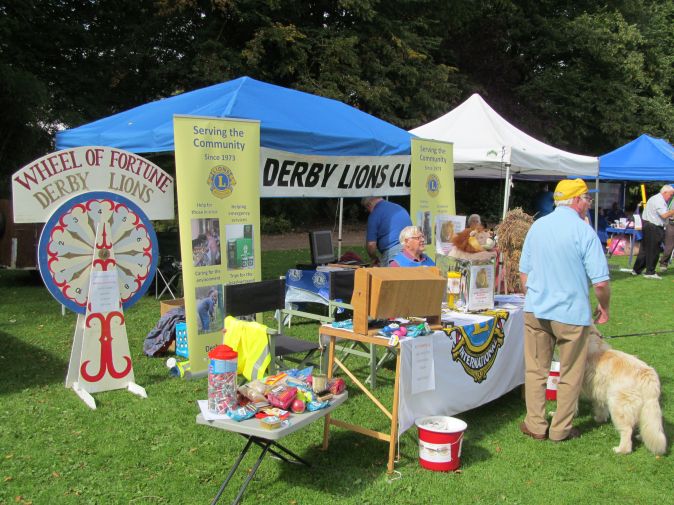 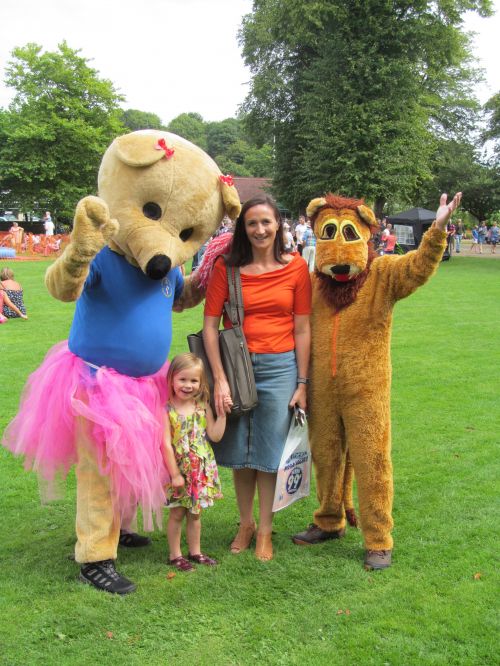 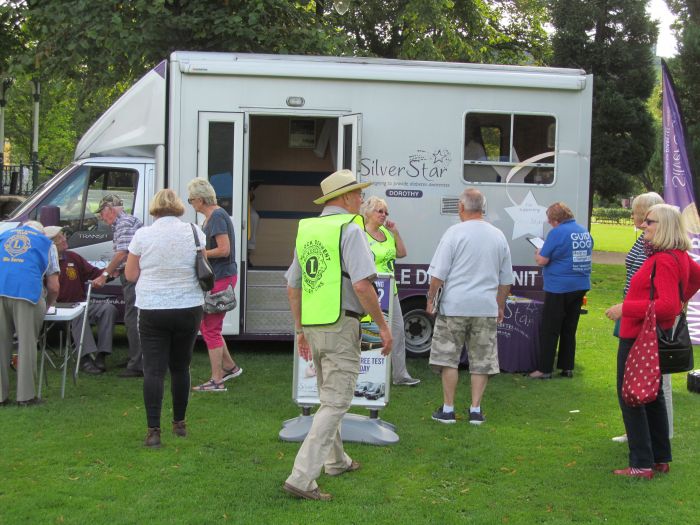 As Patron of Lions Clubs in the UK the Countess of Wessex hosted a Reception at Buckingham Palace to celebrate the centenary of Lions Clubs International and Lion Colin from our Club was honoured to attend.

PRIDE IN THE COMMUNITY